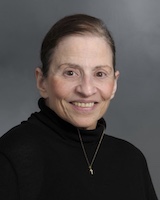 Dr. Cavaliere is a Clinical Associate Professor in the graduate division of the School of Nursing at Stony Brook University. She earned a Doctor of Nursing Practice at the Frances Payne Bolton School of Nursing at Case Western Reserve, a Master of Science at the University of California, San Francisco, a Nurse Practitioner Certificate at Adelphi University in New York, and a Bachelor of Science at Hunter College New York. Professor Cavaliere is recognized nationally and internationally as a scholar, educator, author, and clinical expert in neonatology. Her foci of interest at the School of Nursing are distance learning, adult education, and team-based learning. Professor Cavaliere’s program of scholarship encompasses disparate but integrated areas and her current academic position is built on a strong clinical background. Her clinical practice centers on the provision of healthcare to high-risk neonates and infants and the support of their families.

The specialty of Neonatology was in its infancy when Dr. Cavaliere began her career. She quickly recognized the need for nurses with advanced education and specific expertise to support the expansion of Neonatal Nursing. The role of advanced practice nursing became particularly appealing, however, at that time there were few nurses with the education and expertise needed to serve as guides and mentors so she quickly became her own teacher. Thus began her interest in adult learning as she soon found herself teaching and mentoring her coworkers and colleagues.

Dr. Cavaliere was instrumental in developing and teaching in one of the first Perinatal Nurse Education programs in the country. Her abilities to teach and mentor flourished along with her clinical proficiency. It was exciting and rewarding to witness the evolution of Neonatology and Neonatal Nursing and to realize that she personally contributed to that growth.

Professor Cavaliere is honored to have contributed to advances in safe & effective patient care. As technology advanced so did the need for attention to the ethical dilemmas that such advances engender. She had the opportunity to serve on the Council on Ethical Practice for the New York State Nurses Association and to participate in several bioethics committees at North Shore University Hospital.

She has been active in many national committees and task forces and has contributed to the creation of professional position papers and policies. She is also the author of many chapters in professional texts and articles in peer-reviewed journals. In addition, she has recently mentored novice authors to write for publication.

There are two items of which Dr. Cavaliere is especially proud. The first is the fact that her DNP project, “Moral Distress in NICU RNs” was published and was the first research exploring the moral distress of NICU nurses. The article has been widely read by an international audience and she has been contacted by professionals from countries such as Italy and Iran for more information about the topic. The second activity which is pleasing is participation in the process of certification of Neonatal Nurse Practitioners through the National Certification Corporation’s NNP Certification Examination Content Team. This requires the maintenance of a current, high level of knowledge in the field. In addition to creating the certification examination, she has been involved in writing and evaluating continuing education modules for OB and neonatal nurses.

Professor Cavaliere’s research interests have broadened from clinical topics such as establishing benchmarks for ammonia levels and T-lymphocytes in premature neonates to ethical topics such as management of neonates with hypoplastic heart syndrome, moral distress in health care providers and, most recently, to team-based learning in distance education graduate programs.

After 40 years of clinical practice as an NNP in a Level III NICU, she transitioned to a full-time academic position. Her educational approach is based on eliciting student cooperation in their own learning, believing that all students possess the potential to learn and grow. This influences the use of different teaching modalities, adapting them to meet individual student personalities and learning needs. She is enthusiastic about incorporating a variety of pedagogical principles into distance education curricula. While investigating the use of a team-based approach in managing the Fetal and Neonatal Pharmacology, Dr. Cavaliere and Dr.Paula Timoney discovered an improvement in student satisfaction and level of engagement.

Dr. Cavaliere’s philosophy is that it is more productive, in terms of retention of information, to engage the students in their own education instead of teaching “at them”. She believes that education is a journey and not a destination. The nursing profession is dynamic and ever-changing. Evidence-based practice demands attention and requires dedication to acquiring knowledge. Her goal is to help students understand how they learn and, ultimately to become lifelong learners.

Pharmacology Across the Lifespan

Pathophysiology Across the Lifespan

Cavaliere, T. A. (2015). Ethics and Genetics: Should the Ends Justify the Genes? Invited presentation at the Annual Educational Conference of the New York City Association of Neonatal Nurses, NYC, NY.

Cavaliere, T. A. (2014). (1) Ethics and Genetics: Should the Ends Justify the Genes? (2) Infant and Neonatal Palliative Care. Invited presentation at the NNP Clinical Update and Review Symposium of the Florida Association of Neonatal Nurse Practitioners Tampa, FL

Nurse of the Year Award, Nursing Leadership, March of Dimes, 2015